An historical overview of Swedish conformity assessment and standardization.

To understand standardization, you need to understand the regulatory frameworks that have been and are still regulating the sales of electrical products. In 1925, when we start our journey through standardization through the ages, in Sweden, like in most countries in Europe, there were mandatory certification requirements to be met before an electrical product could enter the market. In each country there was one appointed certification body, with the country’s government as majority owner. Sweden, where the certification body was called SEMKO (Svenska Elektriska Materielkontrollanstalten), was no exception to this rule.

Between 1925 and 1939, the standards used for testing were mainly written and issued by the testing and certification bodies who were using them. One of the first Swedish standards, then called SEMKO standards, was for radio appliances and published in cooperation with Svenska Teknologiföreningen.

In the middle of the 1910’s, two testing and certification bodies from Germany and the Netherlands had formed the Installationsfragekommission (IFK) to collaborate on standardization, and in the middle of the 20’s, Denmark and SEMKO joined them. From then on, the SEMKO standards were based on the IFK collaboration and, for installation materials and cables, the German VDE (Association for Electrical, Electronic & Information Technologies) standards. By the end of 1939, the number of members in IFK had risen to 13.

The IFK collaboration ended in 1939 and the Nordic testing and certification bodies (NEMKO, DEMKO, FIMKO, SEMKO and the Icelandic testing and certification body) formed their own Nordic standardization organization – EMKO. The scope of this new organization was installation material, household appliances, home electronics, luminaires, and medical products.

In 1946, a new European standardization organization based on IFK was created with 13 members and a more European focus. At the end of the 1940s, The CEE (International Commission on Rules for the Approval of Electrical Equipment), as it was called, formed a partnership with IEC (International Electrotechnical Commission), still the largest global standardization organization in the electrotechnical area.

However, product certificates issued in Sweden were still based on testing to either SEMKO, EMKO or CEE standards. Worth mentioning is that between 1942 and 1951 there where special war regulations in place that permitted less strict safety requirements due to the limited supply of material in Europe.

In 1957, the “Nordic Certification agreement” (NCS) based on the EMKO cooperation was created. The NCS agreement, still in effect today, was a major benefit for the manufacturers since a test report from one of the member organizations was enough to receive the, then mandatory, certification marks from all four member countries (S, D, N and FI).

Four years later, the CEE CB (certification Body) was formed, with the aim to, like the Nordic NCS agreement, limit the number of tests that a manufacturer needed to do to receive different mandatory European certificates.

In 1969, SEMKO and SEK (Swedish Electrotechnical Committee) began cooperating and soon after, in 1972, CENELEC (European Committee for Electrotechnical Standardization) was created. It is interesting to note that 25% of the CEE standard have their origin in SEMKO and EMKO standards.

1985 was a breaking point for European standardization. From being driven by testing and certification bodies in the CEE, the CEE ceased to exist, and standardization moved to CENELEC. The certification arm of the CEE moved to IEC. There, a Conformity Assessment scheme was created, the IECEE, today one of the biggest global electrical product certification schemes.

When I started as a Test Engineer in the middle of the 1990’s, we still used SEMKO standards for certain products, f ex cab heaters, and as late as in 2015, we still used a standard called SEMKO 111 for certification of an Electrical Closet. Now though, the era of SEMKO standardization has come to an end. 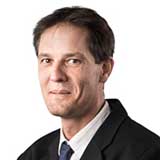 For Sweden, I have a close working relationship with Svensk Elstandard, the organization responsible for the publication of all Swedish standards in the electrotechnical area. I am a member of their Electrotechnical Board as well as the Chairman of their Conformity Assessment Board.

This blog will feature my own personal reflections on different topics related to electrical products and their regulatory requirements, directives and standards, as well as on conformity assessment systems and their internal organizational structure and functions.